Dying to Get Better

Dying to Get Better 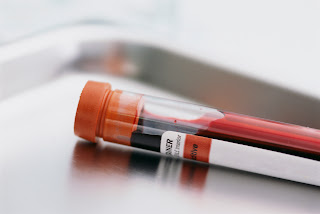 People with chronic illness often have to balance the drugs they take to treat their illness with the potential harm the same drugs can do to other parts of their body. Through blood tests and attending doctor appointments at regular intervals, it is hoped that the scales can be tipped in favor of the patient so the disease is treated without doing any damage. It is not an easy thing to accomplish.


I just received news that my liver enzymes are higher than they already were and my kidney function is worse than it was before. Having not only psoriatic arthritis and ankylosing spondylitis, but also simple fatty liver and pre-diabetes, this is a scary result. To make matters worse, the medication that seems to be working for my PsA could be to blame.

In a few days I will see my rheumatologist, armed with lots of questions about Remicade's possible role in all of this. Next month I will see my gastroenterologist with more questions and will hopefully be referred to a nutritionist to help figure out dietary changes that will promote healing in my liver and kidneys. The results of one simple blood test will require input from at least three healthcare professionals and potentially some fairly big decisions on my part.


We're talking my life here, and in more ways than one. There may be damage to my liver and kidneys. That issue alone is frightening and stressful to think about. It could be that the dietary changes I've already made aren't enough. Considering making further changes is stressful, but I'll do what I have to. That I may have to stop treatment for PsA, at least for now, is so overwhelming to me that I can't let myself think about it.


With all of the lifestyle and eating changes, the scary medicines, and the stress that goes along with all of it, I sometimes feel like I'm killing myself trying to get better. Perhaps that's more true that I'd like to think.


I need to have faith that we'll figure this out and make changes for the better. Until I have more answers, I'll try to breathe deeply and occupy my mind with the next adventure of the rannygahoots.
melaniej August 26, 2012, 2:32pm #2

Hmm sounds scary. Have you considered looking at the Scandinavian Diet - it argues that before we were fed the myth that carbohydrate was good for you, earlier in the C20 and c19 diabetics were fine on a high fat Low carb diet. now we ask them to modify their fat intake and eat carbohydrate, and take insulin and wonder why they have so many cardiovascular issue too. Worth a look at the issues. good luck, but keep questioning xxxx