My experience is yes for the blood pressure and I don’t know for the cholesterol levels.

My blood pressure and my depression got worse when Enbrel failed, and got better when Humira took over. Not a coincidence in my book.

Awww… Kool… thanks for responding here Seenie!! In 2007-2009ish I had 2 years of feeling extremely unwell (many different and odd symptoms) BP and Cholesterol were both very high. In 2009 I went off all medications as I had a feeling the meds at the time weren’t helping, after a short lived spike BP settled back to close to normal and stayed that way until I had a small stroke in Dec 2015, since then PsA seems to have taken a good hold and BP and Cholesterol have climbed consistently and rapidly again, with difficulty getting BP anywhere near under control… have been wondering if getting more effective treatment for the PsA might mean improving/resolving BP and Cholesterol levels and maybe being able to drop the BP meds again (have had trouble with statins in the past so haven’t taken them this time) lol Perhaps a justified case for the eternal optimist in me after all haha

For me it was hard to tell with the blood pressure - it went down, but probably because as I got effective medication (biologics for me), I tapered off steroids.

Cholesterol was also complicated for me - it swung wildly while the disease was not controlled (including being way too low - who even knew that was a thing?!!), but has stabilized at healthy levels now that my medication is (mostly) effective.

Thanks Jen75… this is exactly what I was hoping hear when I posted my question… GP has said I will need to stay on BP meds for the rest of life, if needs be then I guess I’ll have no option… but… I’m not so sure as BP only seems to be an issue for me when I have some other health issue (perhaps PsA), I had trouble with it when I was pregnant and then no issues for years, until I became ill in 2007-ish, at the time I did wonder if it was some sort of auto-immune issue I was dealing with, but little else showed in tests then too lol

Funny you say that - I had high BP when I was pregnant too. It was sporadic so they didn’t go so far as to say pre-eclampsia, but my BP profile was completely changed by the pregnancy.

I went from ~95/55 pre-pregnancy and pre-PsA (yes, they used to ask me if I felt I was about to faint EVERY time I got my blood pressure taken), to 130/80 (considered normal by the docs for my age) post pregnancy. PSA arrived about two years later and it crept up to around 140/80 (and there was a long period of very high stress not associated with PsA), but now that both the PsA is being well treated and the stress minimised, it finally seems to have returned to what I imagine would be normal for me - around 110/65.

BP meds are always a hard one though - I have a friend who was put on them that later the GP admitted that because it was on the basis of only one reading, they weren’t sure if it was a long term problem. But they wouldn’t recommend he go off them, because they were too concerned about the risks. I don’t think there is a person on this site who wouldn’t like to reduce the number of meds they take!

I can’t remember exactly what my BP read when I was pregnant but I was put on bed rest and eventually hospitalised because of it, after my son was born it settled quickly and always stayed slightly below the “normal” 120/80… when I was ill in 2007 it climbed to 180/100 and took over a year of beta-blockers to get it back to the realms of realistic lol where as far as I know it settled until after I had the stroke in 2015 when it slowly climbed again, by June this year it was hitting 190/100 (despite an ACE inhibitor) and a beta-blocker was added to meds (not happy about taking the beta-blocker lol) last reading was 160/95 about a month ago, so still not the best despite the meds… interesting that PsA is not responding brilliantly well to the Mtx and tilcotil (although they do seem to help reduce pain a little and the minor skin issues have almost cleared up) and I kinda feel that a biologic might be the answer to both the PsA and BP/cholesterol issues, but guess I still have some time to fill in, in that jolly gap, before I qualify for biologics.
I’m sure we all would prefer to not have to take any meds at all… but it would be awesome if just one med would suffice lol

FWIW following my stroke I did high dose statins for about 2 weeks, which they taperd to nothing added a “blood thinner”, potassium sparing diuretics, and a beta blockers, as well as some additional anti inflammatories. I have blood work done monthly. and meds adjusted accordingly. 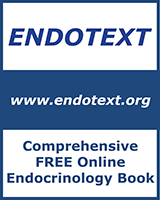 The Effect of Inflammation and Infection on Lipids and Lipoproteins

Chronic inflammatory diseases, such as rheumatoid arthritis, systemic lupus erythematosus, and psoriasis and infections, such as periodontal disease and HIV, are associated with an increased risk of cardiovascular disease. Patients with these...

Hypercholesterolaemia leads to cholesterol accumulation in macrophages and other immune cells, which promotes inflammatory responses, including augmentation of Toll-like receptor (TLR) signalling, inflammasome activation, and the production of...

Thanks for that info @tntlamb!!! I have read a little about the inflammation/cholesterol link… will go and have a good read of the links you have shared in a little while.
I don’t have a cardiologist, my GP handles the blood pressure and cholesterol tests are few and far between, but both always are pretty high. I did see a neurologist as a follow up after the stroke but I don’t think they are intending on further follow ups there I guess unless I have another stroke sometime in the future (keeping fingers crossed that doesn’t happen lol). I suppose the stroke was considered pretty small, it was left occipital lobe only… I woke one morning with complete loss of right side of vision (both eyes), this has improved but left me with a large blind spot in the upper right visual field, big enough to mean I can longer drive, and now deemed permanent.
I was given clopidogrel as a “blood thinner” at the hospital and a statin, which I had a reaction to and had to go off it.
I currently have monthly bloods for Mtx (while the dose is being increased) but cholesterol levels are not checked often, perhaps because I’m not taking statins.
I guess I’ll never know for sure if the stroke sparked off the current PsA flare or perhaps was caused by the PsA… but… if getting the PsA under better control can reduce the risks of having another, perhaps worse, stroke it would be well worth the effort

Hence my interest in the link between the PsA/inflammation and BP and Cholesterol.