Warm and Toasty At Last

I've had Raynaud's Syndrome for a few years. I never felt like it was all that serious of an issue, rather I found it to be an occasional annoyance. Since I took my most recent position I've changed my point of view.

My office is located in a lovely old building on campus that was built in 1890. The windows are single-pane and the building is made of limestone and lined with brick. My office is in the corner of the basement, which we lovingly refer to as the "garden-level," and I have windows which face south and west. My computer is located right beneath the south-facing window so my feet extend under the desk and towards the drafty brick wall. 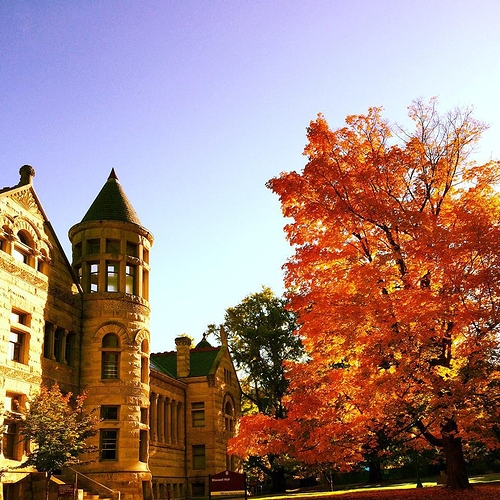 For the better part of the fall semester I felt chilly in my office. The draftiness would turn my hands and feet to blocks of ice. One or two fingers would drain and become bloodless a couple of times a day and I would make frequent trips to the bathroom to run my hands under warm water. After talking to my doctor about it in November he took the issue seriously and started me on nifedipine. The medicine has worked wonders and I tend to feel warmer whether sitting around the house or going out into the cold weather. I even felt less chilly in my drafty office. Until this week. With temperatures below 0F and very strong gusty winds, my office became a drafty ice chest.

We cannot use space heaters at work for a couple of reasons. First, we have overloaded the electricity in the building in the past and essentially blacked out the building until our physical plant electricians could restore power. Second, many of the offices in the building share a thermostat. And if the thermostat were in my office and I were to crank up my space heater, then the heat would go out in my office but also in that of my neighbor, who may not have a space heater. The concession was that if everyone turned in their space heaters, physical plant heating and cooling agreed to increase the building temperature set point by a couple of degrees. That's great but it doesn't stop the drafts. Today I found a way around the entire situation without resorting to burning student records in the trash can. I brought a twin-sized heated blanket to work. GENIUS! I'm finally toasty, keeping the drafts off myself and while I look ridiculous the blood flow is pumping to all of my pink fingers and toes. 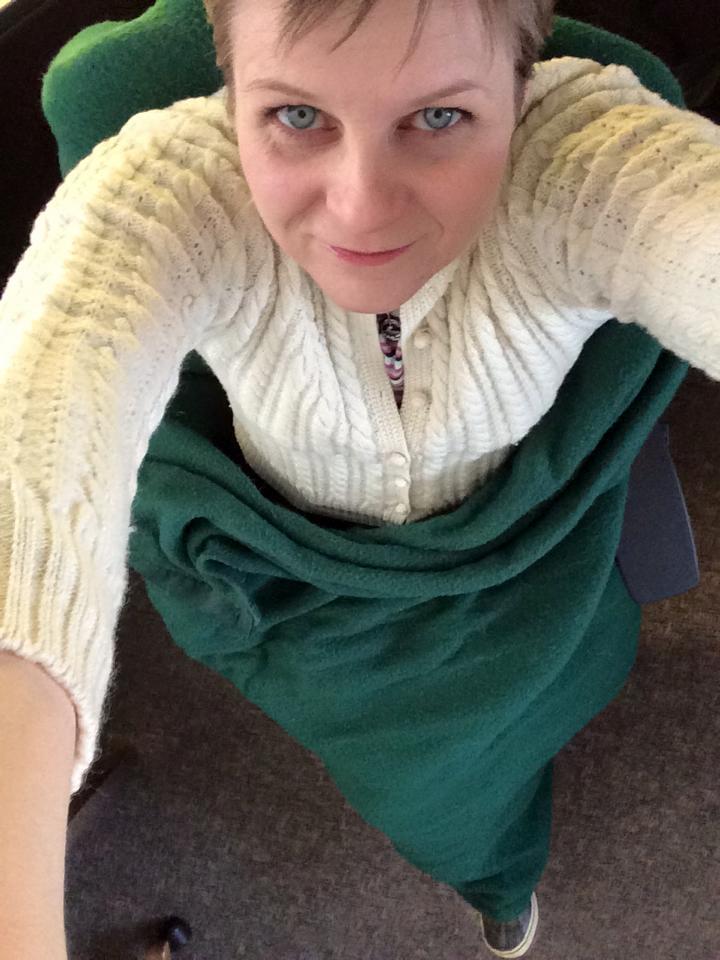 Green’s your colour. Definitely.And I’m glad you are finally comfortable.

Beautiful building and photo! And you definitely don't look ridiculous! My daughter has Raynauds. Always white hands and feet--I hope that isn't an indicator of something worse looming. Her gums are always blue, too!

Ooops, I was gonna ask about the nifedipine--my husband takes that. I thought it was for his high bp.

That’s an awesome solution. I’ll add in one more suggestion. If you wear either fingerless gloves or wrist warmers, it will make a difference for your hands as a whole. I got some last year from this Etsy store https://www.etsy.com/uk/shop/MaAndPaPeddle?ref=l2-shop-info-name and I love them!
I even wear them under gloves when dog walking, so that when I have to remove gloves to do poopy cleanup I’m not totally exposed.

Best thing I ever did was buy a heated throw. I have one upstairs and downstairs!! They run about $40 but well worth it!!