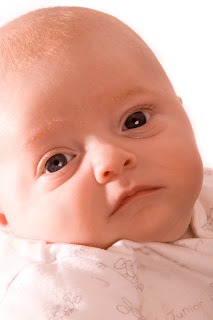 In line at the grocery store, a mother was putting cans of formula on the conveyor belt. A chubby newborn grinned at me from her carseat. Admiring the baby, I felt a twinge of annoyance toward the mother of this adorable little one. You see, I'm a breastfeeding advocate and at the time had a very narrow view of "acceptable" reasons to formula feed. I also tended to jump to conclusions and perhaps wrongly judge formula-feeding mothers. I was in for one huge lesson.


Noticing tears falling down the mother's cheeks, I asked if there was anything I could do to help. She thanked me and asked me to get the last few things out of the bottom of her cart. It was painful for her. You see, she'd had a double mastectomy almost immediately after giving birth, as tumors were found in both breasts during her pregnancy. Her lifelong visions of nursing and nurturing her babies at the breast had vanished at the word cancer. Not only physically painful just weeks after surgery, it was emotionally painful as well.


Had I not spoken with this woman, my annoyance and ignorance of the situation could have ended in me wrongly judging this wonderful person. Instead, I was thankful for a lesson in compassion and an opportunity to let this amazing mama know how blessed her daughter is that she nurtured her inside her body for nine months and how amazing of a job she's continuing to do through surgery and cancer treatment.


We make assumptions every day. We assume we know what other people's intentions are, what they're thinking, or that they can read our minds and know what we need without us asking. We assume that people we group together are all the same and have the same motives - liberals or conservatives, breastfeeding moms or formula feeding moms, rich people or poor people, straight people or gay people, fat people or thin people - and we judge them accordingly. 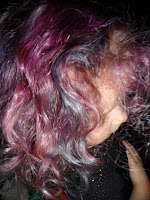 I know a woman who wears long skirts, modest tops, covers her head, listens to Christian music every day, reads the Bible, shares her faith with others, and goes to church at least once a week.


I know a woman who has ten tattoos, purple hair, a tongue pierce, and loves heavy metal music.


I know a woman who loves to be out and about with her family, going on hikes, to the movies, to museums, and to performances of all sorts.


I know a woman who is so ill she often spends half her day in bed, uses canes or a wheelchair to get around, and struggles to manage her physical and emotional pain while parenting her children. 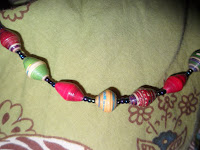 I know a woman who has birthed babies at home, breastfed all of her children until they were at least five years old, had a family bed, and feeds her family mostly organic produce and ethically raised meat. She wears long skirts, beads, and birkenstocks nearly every day.


I know a woman who lets her kids make pancakes for dinner, hosts "junk food movie days" during which the kids eat mainly junk food and watch movies all day, and lets her kids run around in the street, play with fire, and have mud fights. 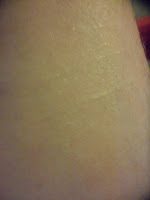 I know a woman who was abused and raped as a teenager, who was anorexic/bulemic, and who practiced self-mutilation. She spent a couple weeks in a psychiatric facility after dropping out of college, then lived off savings and financial assistance with no job, no transportation, and little hope for the future.


I know a woman who had a wonderful childhood, amazing parents, and was a member of the National Honors Society in high school. She was involved in the marching band, in a youth symphony orchestra, and babysat the neighborhood kids almost daily. She had aspirations of being a doctor or educator and entered college as a Biology/Pre-med major.


Reading these descriptions, it's easy to make assumptions about these women. The images conjured when reading the descriptions probably pale in comparison to the gut reactions, to the emotions we feel when reading them. We think some of them are strange, we feel badly for some, we think good things about others.


In real life, this potpourri of people most likely would not get along. The conservative Christian and the heavy metal lover - what could they have in common? The hippie earth mama and the junk food mom would certainly clash. How could the abuse survivor see eye to eye with the woman with the golden childhood? Odds are, if these women were all in the same room together, they'd be making assumptions about each other and judging each other.

And what a woman you are, nym! We love ya!

True is the saying "never assume as it makes an ass out of u and me" Ass u me!